Essbase – An Evolution Over Time

Essbase – An Evolution Over Time 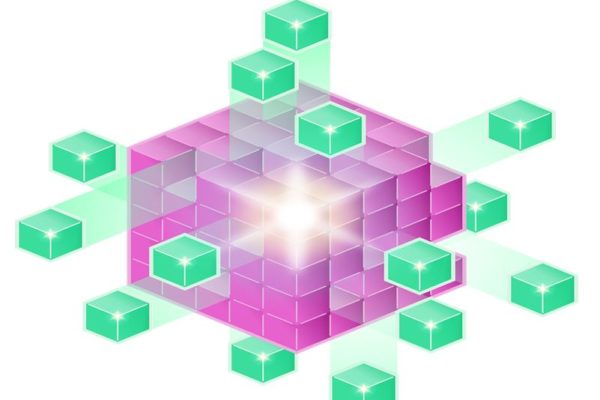 We can all agree that Essbase Database is the backbone of the EPM suite, but do we know about its evolution over time? Here are some major points in its history, where Essbase was at the forefront of Arbor, Hyperion and Oracle strategic financial decision making.

Essbase Timeline and the birth of OLAP

In 1992, Arbor Software was born and gave us the original Essbase Multi-Dimensional Database, known as Essbase BSO.

In 1993, commissioned by Arbor, Codd gave us his 12 rules of a New form of Database – OLAP – On-Line Analytical Processing which was to form the current Essbase structure:

Essbase, or Extended Spreadsheet Database, was intended to get people out of Excel Spreadsheets. The number 1 use case for Essbase became the spreadsheet for management reporting. It enriched data with hierarchies and calculations, integrated multiple sources and provided speed of thought response in queries. Users created packaged and custom solutions to get data out of Essbase database, a trend that continues to this day.

The Original Essbase did not have a true Spreadsheet Add-In to start with, so Arbor relied on partners and consultants to build applications with its engine and the open Essbase C & VB APIs. These  along with the Extended Spreadsheet Macro Toolkit, were the primary programming languages of choice.

While Arbor Software had great technology, and an open API that allowed vendors and consulting firms to write applications on top of it, Hyperion Software had a great user managed business applications (Pillar, Enterprise).

So when faced with Microsoft’s pending entrance into the OLAP market-place (MS Analysis Services), Arbor bought Hyperion, and Hyperion Solutions was born.

Initially Essbase did not run as a service, but had to be installed with a CD under the desk, as it required a locked workstation for WinNT.

The Application Manager was a GUI Client Server Tool replaced by Essbase Admin Service in 7.x

Features such as Dynamic Calc and partitioning did not exist yet because tuning and Calc performance was the main issue that consultants needed to resolve.

The OLAP marketplace, like the BI marketplace exploded as vendors raced to capture the market share. Hyperion started investing in co-development with SAP, and its front end tools such as WebAnalysis consumed content from SAP B/W.

The focus was on all things web based – as a replacement for client server, including Web Log Analytical models. The first new EPM application post merger – Hyperion Planning 1.0 – was introduced in 2001, and to this day Planning and Planning Cloud leverage Essbase as their key enabling technology.

Profitability Analysis has been one of the top use cases for Essbase since the beginning; consultants configured calc scripts to perform complex allocations, these solutions required.

The introduction of ASO with 7.x allowed for 2 -cubes calc/reporting cube architectures, increasing the size of the data sets. the BSO/ASO architecture was the basis for the first HPCM product line, which is now totally ASO with PCM cloud service.

With the 6.5.x release, essbase received a tech face lift to meet enterprise IT standards. Parallel Load and Calc, and Essbase Clustering/n – Tier Spreadsheet access (precursor to SmartView) enabled by APS were introduced at this time.

Integration Services replaced SQL drill through, which is ultimately replaced by today’s Essbase Studio as of 11.1.2.4.x

Prior to the release of Essbase 7.x and ASO, some customers used HyperRoll as a real time aggregation engine for Essbase BSO cubes (As well as the OLAP engines). The  Essbase ASO option, which was released with version 7.x in 2004, eliminated the need for HyperRoll.

However, in 2009, post Hyperion acquisition, Oracle acquired HyperRoll, which was the basis for Essbase Application Link (EAL), providing near real time reporting from on-premise HFM to Essbase.

Oracle history with BI was fragmented and included Express, Discoverer, Oracle OLAP and their previous Siebel Analytics acquisition, rebranded as OBIEE. OBIEE was something Hyperion was working on themselves prior to the acquisition.

In 2007 Oracle acquired Hyperion for their EPM solutions and access to their SAP install base. With overlap in functionality, Hyperion’s prior Brio acquisition (IR & PR/SQR), plus WebAnalysis, were deemed non strategic for Oracle, Oracle BI Sales teams focused heavily on pre-packaged BI apps, vs the traditional custom build found within Essbase projects.

OBIEE vs Essbase positioning was simplied with BI foundation Suite. OBIEE has matured in supporting Essbase structure, including ragged hierarchies and Essbase attributes; even though gaps still exist in functionality when interacting with OBIEE, and Data Access for combination of Essbase and RDBMS can be challenging.

Today, OBIEE 12 has even greater support for Essbase, which is the basis for Oracle Analytics Cloud Enterprise Edition, and SmartView with Oracle’s standard office add-in across all product lines, replacing the BI plug-in.

With the server under the desk, essbase was a Finance tool, not an IT tool.  Early consultants came out of finance, and did reporting and wrote calculations, Excel experts became essbase experts.  Along the way, IT departments invested in Essbase as part of broader BI initiatives – suddenly Essbase became an IT tool. Essbase brought together Finance and IT.

As Essbase became the «Engine» behind EPM; deployments became more complex, and IT had to manage the environments.

OAC has a Standard (essbase Only) and Enterprise (+BI) option. It provides new features such as sandboxing and auto cube. Deployment is making it easier for finance to work with, and IT can manage centralised deployments, giving business users the power to control «sandbox» and customer analytics.

Products where Essbase is the database of choice:

The evolution of Essbase has been long and laborious, manipulated on all sides, but it has survived when others failed, and is now essential to most of the EPM Cloud Stack. As you can see, Essbase is still alive and kicking.

Fail to Plan, Plan to Fail

What’s in a name – PBCS vs EPBCS

What is EPRCS and how it is changing corporate reporting

The 6 Key Considerations when Migrating from HFM to FCCS